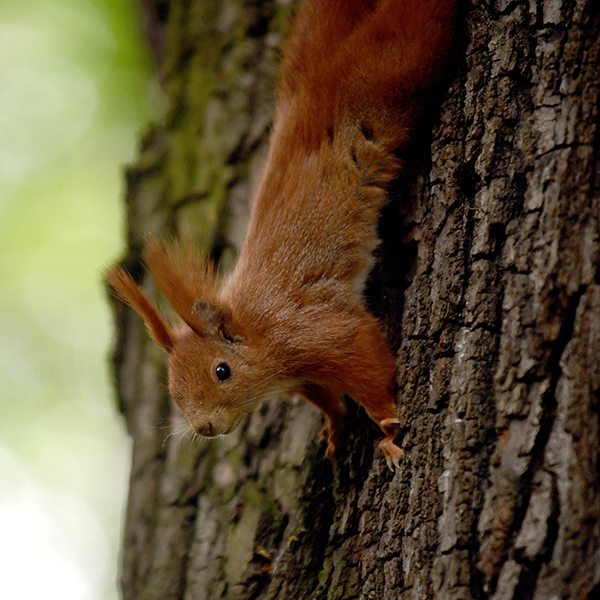 1. Golden Eagle
The Golden Eagle is a majestic bird of prey with a broad wingspan that can reach well over two metres. They can be spotted by their distinctive white tail, though the rest of the body is dark brown. Scotland makes the ideal habitat for these raptors as they have plenty of prey for their diet including hares, rabbits and grouse. Although rare you are most likely to see the eagles in upland, open areas where they can hunt.

3. Red Squirrel
The red squirrel is an endangered and shy species, but Scotland is home to 75% of the total UK population of red squirrels. You can spot red squirrels in the forests of Scotland as they build nests high up in the tree and scavenge for nuts and berries from nearby trees and shrubs. Red squirrels are exceptionally talented; they can hang upside down and even swim!

4. Ospreys
Ospreys spend their summers in Scotland before flying to Africa for the winter. Scotland is the ideal habitat for ospreys as they hunt for fish, which makes the many lochs the perfect place to find food. Once endangered because people collected osprey eggs, Scotland now has around 200 breeding pairs of ospreys - and right by Highland Offroad is The Loch of the Lowes, which is famed for the Osprey which return there to breed each year.

Find Out more about Dunkeld